Over the last few days, my immune system has been as strong as Kip from Napoleon Dynamite. This issue has caused me to miss the last 2 days of work. When I haven’t been responding to emails, sleeping, or watching the Lions break my heart, I’ve had more downtime than Aaron Hernandez. I’ve tried a few things to make my day go by a little faster, and here are a few of them…ranked from most to least productive.

How old am I? I have no idea what kind of parallel universe I’m living in where I thought it was a good idea to spend time cleaning my room. Absolutely mind numbing kind of stuff. I mean if you want to punish someone, I’d recommend making them clean their room. Seriously the most awful thing of all time. Absolutely hate it. Still not sure why I spent any considerable amount of time doing it. 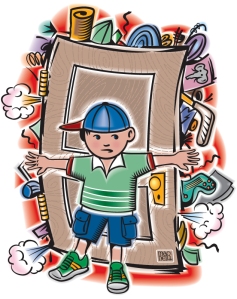 When you’re sick, you’re definitely going to be sweating a lot. I am no exception to this. My sweatshirt looks like it belongs to a heavy weight boxer trying to make weight after a trip to Old Country Buffet. The least I could do was jump in the shower and was some of the stink off of me. Not that it even matters though, in a few more hours, once I go back to sleep, this nasty cycle will just repeat itself. Oh well, at least I tried.

I’ve spent a ridiculous amount of time surfing the world wide web over the past 2 days. I think I’ve seen every single take on the Lions’ loss last night. I think I even saw one that claimed aliens were to blame for the loss. I don’t know. Between that, thousands of GIFs and memes, and online window shopping, I’ve melted my brain. Not that there was a much of anything left to melt at this point.

If you’ve never been fortunate enough to catch the 2 hour block that contains Jerry Springer followed by The Price Is Right, I suggest taking a vacation day immediately to do so. This is some of the best television we, as Americans, have. Forget all of your shows like True Detective, The Bachelor/Bachelorette, TRL, and South Park, this is TV at its finest. Nothing screams the American Dream like white trash relationships imploding before your eyes and 80 women winning brand new jet boats and Audis. Can’t make that shit up.

I’m not sure this even requires and explanation. GTA is and always will be the best waste of time on a sick day. Whether you’re stealing fighter jets, jumping off of sky scrapers, hanging with Big Foot, or killing hookers, GTA is packed with hours of fun. To be quite honest, I’m not sure why I spent time cleaning my room or showering when I could’ve been dedicating that time to GTA. Stupid decision on my part. I’ll know better next time. 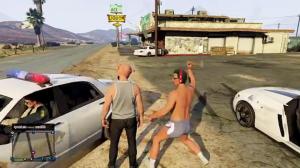