Literally still can’t figure out what the Hell I watched. Making a Murderer had me on the edge of my seat for the last 3 days. I’ve spent countless hours since finishing following every single lead on the internet to get to the bottom of this. The fact that the Ron Jeremy wannabe, sexual deviant, Ken Kratz sleeps at night knowing he ruined an innocent man’s life is proposterous.

I’m fairly certain I’ve read nearly 100 articles over the last 24 hours about this. Each one has made me even more certain that Mr. Avery was set up and wrongfully convicted for the second time in his life. Just for the record, I’m all aboard the Bobby/Scott conspiracy train. Their alibis were as tight as Tara Reid on the set of American Pie. Couple of real psychos if you ask me (which you should do because I spent 5 hours on Reddit today).

All this really comes down to is that everyone needs to get themselves a Netflix subscription, call in sick to work tomorrow, and blow through Making a Murderer. It’ll change your life and your outlook on life and the criminal justice system. I get that most of the time these guys probably get it right, but I feel like they pulled an Eric Ebron here and dropped the ball. Anyway, I just hope Steve can get himself another trial and the dream team can come through and ball out in the appellate courts.

PS – I’m considering quitting my job to go to Law School and then dedicating my life to proving Avery’s innocence.

PPS – Jerry Buting is 100% David Wallace. Please tell me otherwise and I’ll question your sanity and ability to contribute to society at a valuable level. 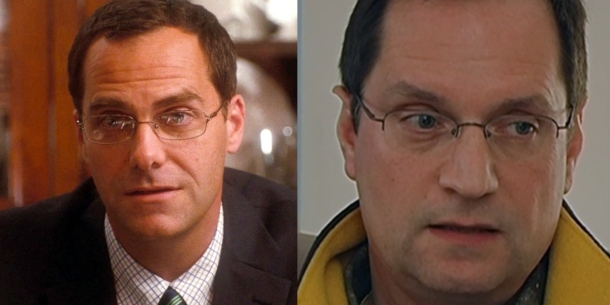