The game has come and gone and the ending result was expected but the path there was not. Some quick hitters:

I had the unfortunate circumstance to be conversing with a good friend of mine, who hailed from Ann Arbor (ew). Being one of the few reasonable Michigan fans I know, we had a surprising civilized conversation about Michigan v. Michigan State. I will focus on key aspects of each university and how they relate to each other. This is going to be a bit long so if you don’t have 11 free minutes just scroll through and look at the pictures and I’ll fuck myself. 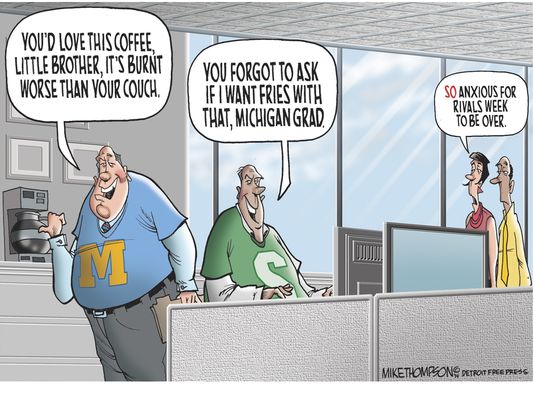 The Michigan faithful continue to reiterate this is NOT their rivalry game and point to the “biggest rivalry in college sports – Ohio State vs Michigan”. Most Michigan fans do fail to realize football exists south of Ohio and there are other college sports, namely basketball, that claim just as much historical significance (Duke/UNC). However, with the OSU/Mich rivalry dating back to 1897 there is undoubted history and impressive games respectively followed. Spartan fans for some reason seem to get frustrated at the fact that Michigan doesn’t acknowledge the rivalry, or whatever. Does it really matter? We are in the same division of the Big Ten and more often than not (not this year obviously) the victor of this game will compete for the rights to compete in the Big Ten Championship. The ‘little brother’ talk is revered in Wolverineland and loathed in Spartanville. But, ‘Pride comes before the fall” was the calling card for the past decade of Spartan dominance and this fact is key. Our Michigan source grew up a fan and recounted his first ever Michigan game was in 1998. From 1998 – 2008 Michigan was consistently a better team. However, this past decade showed similar Spartan dominance. For the same fan that was 8 in 2006, their perspective of this intrastate game is much different than older Michigan fans. Fortunately for Sparty, no matter what the record is we will always have the proverbial edge based on the ‘little brother’ bs. I’ll take it. 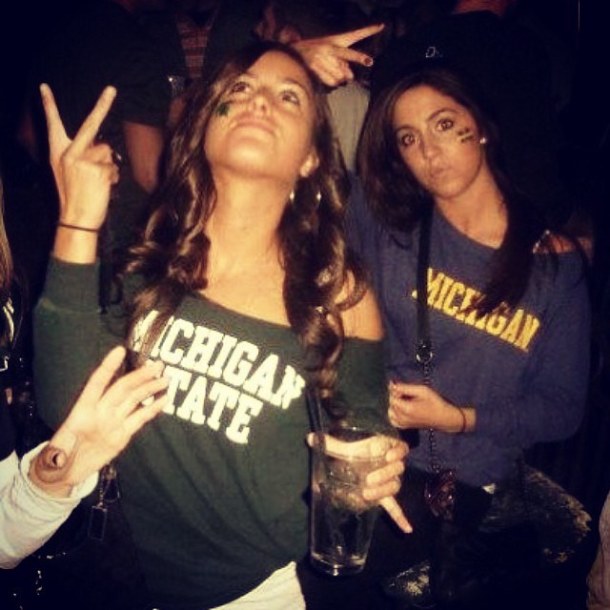 Facts are facts: The University of Michigan is one of the best universities in the world.  Both universities rank in the top 100 globally. MSU’s nursing program is one of the best in the country, has a particle accelerator and that’s a big deal I guess(?), has a nationally respected undergraduate public affairs and policy school in James Madison, and has the #1 supply chain management business program in the country (THAT’S MY DEGREE GUYS, SUCK MY LOGISTICALLY EFFICIENT BUTT). Michigan’s Ross School of Business is one of the best undergrad business schools in the world and postgraduate program ranked #1 in the world. Additionally, the engineering, finance, and pre-med degrees are elite. The law school and medically school, both top 5 and have held #1 spots recently in the world, are the cherry on top. Both good schools but UofM is great and there are Spartans that got fresh rejection letters from Michigan (myself included).

Facts are facts: Spartans: When its time to party we party hard. Michigan concedes that Sparty excels in this department. Wolverines will point to the fact that since we are a lesser school we party because we are dumb but we aren’t that stupid. Spartans burn couches, prioritizes classes around Rama, and black out at the better more disgusting Ricks. I have personally partied at both schools and I can honestly say I have never had a bad time in Ann Arbor. It just kinda sucks that Ann Arbor is so cool but not the most cost friendly environment, East Lansing is near Lansing which means Conrad’s tots for 5$. And I will not stoop to “State has hotter girls” argument. Both schools have beautiful smart women that are down to cuddle; Sparty just has more of them. 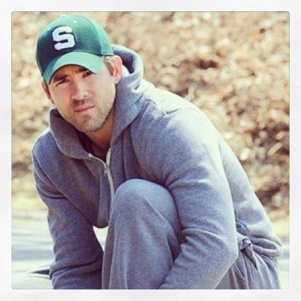 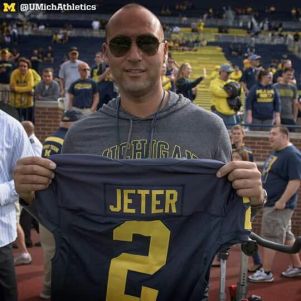 Sparty: Michigan fans are annoying assholes and half of the fanbase itself didn’t go there.

Wolverine: State fans are insecure in their own victories and more concerned about Michigan losing than them winning.

Let’s unpack this rivalry suitcase. My Michigan source conceded the above Spartan statement. A lot of the students and respective alumni are pompous assholes and are self-aware of such fact. Furthermore, our Michigan source is bummed they come off this way but truly are proud of their school, the academic institution, and athletic program. I would argue you can be proud of where you came from, like every college student fan ever, and not be an asshole about it but that’s just me.  I moved from Philadelphia to Michigan in grade school and never really developed support for either college until I attended State. My dad went to Penn State and I liked basketball so I just gravitated toward Izzo. But it is easily observed from my standpoint and further support internally that there are a sizable number of students at Michigan that grew up knowledgeable about Big Ten athletics and grew up worshiping Maize and Blue. Through my empirical observations I argue that Michigan native born babies begin as Wolverines. With the Lions being perennial losers, NFL is not king here. Only through direct familial contact does this Wolverine blood turn Green and White. Michigan, with its elite academics, brings a multitude of students from all walks of life to this fine state. Michigan State, being a state school, is comprised of more local students. For this reason, Michigan students themselves observe their fellow classmates jumping on the bandwagon, whether its football or basketball or baseball or hockey. A large proportion of the student body can’t comprehend the fundamentals of being from Michigan, let alone this rivalry. A lot of those students don’t even watch the games. This is understandable but you will be pressed to find this occurrence in East Lansing. Everyone knows the ‘Walmart Wolverine’ argument and it’s impossible to defend from a Michigan standpoint. Yes they exist. Yes there is a lot of them. Yes they unfortunately give the Michigan fanbase a stepchildlike characteristic. Michigan alumni are not proud of these flippant fans no matter what they say. I seriously doubt James Earl Jones is giving daps to the guy wearing the bright Michigan rain windbreaker in the middle of Flemings who is struggling to understand that the ‘early bird special’ doesn’t exist for a 14 oz. filet. Some of my closest friends didn’t go to Michigan but have always supported the squad throughout childhood. These guys are athletically educated, reasonable fans that recognize Spartan victories in defeat and simply root for who they like. Frankly, you can cheer for whoever the hell you want for all I care. It’s just when an adult that clearly did not attend the school is trying to shove a Bo Schembechler sandwich down my throat while wearing a 1998 Rose Bowl sweatshirt at your local Kroger on a Wednesday while I just want to get a quarter pound of some homemade chicken salad, is when I get a bit annoyed. I have co-workers that actually believe Michigan won because the trouble with the snap was luck last year. Spartans, just rise above. When confronted with a Walmart Wolverine who is screaming at you about the one time Braylon Edwards winked at them just smile and ask a series of questions: Yea Michigan won I got to give it to you it sucks, Ann Arbor is actually an awesome place though where did you live freshman year? I love the North Campus area! …Oh well I am sure your dad/grandfather/uncle/brother/brother-in-law/some direct connection lived around there! Oh, they didn’t go there eith… well true you got Tom Brady though he is the GOAT, aren’t you proud of Ted Kaczynski too?! So now it’s my turn, A LOT of Spartan fans are consumed with how Michigan performs whether its football or fooseball. Who is Michigan playing? What’s their score? Did they lose? At least Michigan can’t put together a semblance of a basketball team! Nik Stauskas shot 12% in the NBA preseason! The list goes on. This insecurity doesn’t come from the die-hard Spartans but it does exist within the student body. I think a lot of it is coming from the smart Sparties that didn’t get into Michigan (me) and are kinda butt hurt. Ann Arbor is a great place as well with really good food and nice downtown areas. East Lansing is great but doesn’t have this small downtown allure and the food is not even close. Spartans are also super jealous of the media hype every single Michigan coach receives. Whether justified (Harbaugh) or not (Hoke) it annoys Spartans that Dantonio is a stud and doesn’t get ESPN hype segments. So what? Watching good football should be enough. I think recently Spartans have moved away from caring so much about Michigan, but the Harbaugh affect is undeniable. We now are forced to look over and watch, thanks to every media outlet and the admitted success of the program, what is happening in Ann Arbor. Being a basketball lover, that jumpman jumpman jumpman basketball swag is going to be HOT I could really care less about football. No one wears a Michigan jersey but a bball warmup long sleeve? You best believe that will be on during my high school alumni game after I go 6-19 from the field but those last two layups were fucking cash. 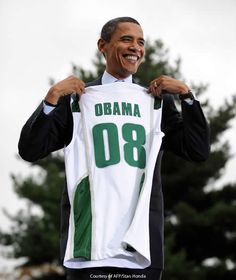 In review I hope this received in good spirit. Spartans don’t be obsessed with Michigan it makes us look desperate. Michigan, you won. Act like you have done it before even though its been a long time.  It was a great game. Spartans don’t be sour and Wolverines control yourself, the Meijer super sale on past Rose Bowl sweatshirts is good through Wednesday.