I am a huge golf guy. I have been to Ireland twice to play this amazing game. I may have embarrassed myself while the local Irishmen laughed in my face and called me a weak bitch, but it was incredible. The Ryder Cup is an incredible global event played every two years between the United States and Europe. This isn’t just any simple ‘go out with your boy and see who plays better and lie about that double bogey you had because that second try out of the bunker didn’t count’ match. The format is what makes this so compelling. All weekend there is 12 match play and 8 foursome/four-ball matches totaling 28 points that can be won between both teams. In laymen’s terms:

The Europeans won last year and had a great time doing so. However the US owns the entire series 25 to 13 because we are the best at everything we do and look at our massive towering buildings built with steel forged with the brawn, brain, wit, determination, and awesomeness of the American people. Darren Clarke is the captain which means he chooses who plays what game on what day and what the teams are. With Padraig Harrington, Paul Lawrie, and Ian Poulter as vice captains, the European leadership may be making their lineup decisions while waiting for some late night Five Guys after shutting down the only Irish pub in Minnesota. Ian Poulter usually plays in this event and kills the US, but since his golf game a precipitously fallen off a steep cliff, I cannot wait to watch in enjoyment as he nods his head and fist pumps when Europe wins a hole only to be so sad on the inside. On paper Europe is the underdog.

Rory is a stud and has casual one night stands with Irish models and picks up girls that drive him to the tee box. Willett is consistently inconsistent so he could help the Europeans win the entire thing or be regulated to grabbing Rory protein shakes at the turn for the final two days. Stenson is one of the, if not the best players in the world and can hit a 3 wood further than most of us can comprehend. Rose and Sergio are solid players also with Rose winning earlier this year in the Olympics and other PGA events. I hate Sergio and hope one of those sand people from Star Wars jumps out from a bunker and tries to sell his body for droid parts. Rafael Cabrera-Bello is a sneaky player here. A big Spaniard that drops bombs off the tee with olive skin and gorgeous smile, all Alpha Kappa Alpha sorority girls from the University of Minnesota traveling to Hazeltine this weekend looking for a future hubby better watch out. This guy will win some matches, take you out to the local Outback Steakhouse, and claim he can’t speak English as he sneaks out of your dorm to catch his private jet home. Westwood is a competitor and has been solid this year, but he talked shit about Tiger last week so he sucks. Six of these guys will be playing in their first Ryder Cup ever, so there may be some first time jitters. Recently the Europeans have been playing great individual golf as of late but team play is a lot more difficult and requires a good knowledge of your partner so I don’t see this as a key barometer to success.

Davis Love III is the captain and since we both have suffix in our name (Charles Thomas Daly IV, you’re welcome) our golf games are intertwined forever. If you are looking for more absolute BO$$ your dad and his three buddies foursome, you won’t find one with vice captains Tiger Woods, Jim Furyk, Tom Lehman, and Steve Stricker. Honestly, with the addition of Tiger this group will be drinking scotch and recalling old golf stories during the day and drinking us all under the table at night. Yes there is an IHOP within driving distance of Hazeltine, so tell the hostess to be ready for tiger and have three pancakes with extra chocolate chips ready. Since the United Sates is the greatest country ever created and we single handedly revolutionized industry, science, and the arts, let’s take a deep dive into each US team member

Have you seen the new Ballers series with Dwayne Johnson? Yea I hate it too, but DJ is a straight up baller. He is undefeated in match play and has dominated the tour this year. Johnson is our A squad captain. He his the ball far, straight, and if his putter is his friend, pretty much unstoppable. He is also married to the GOAT’s daughter so his son will be too amazingly good looking to look at but incredibly gifted athletically. Essentially Robert Redford from The Natural, and that guy fucked. 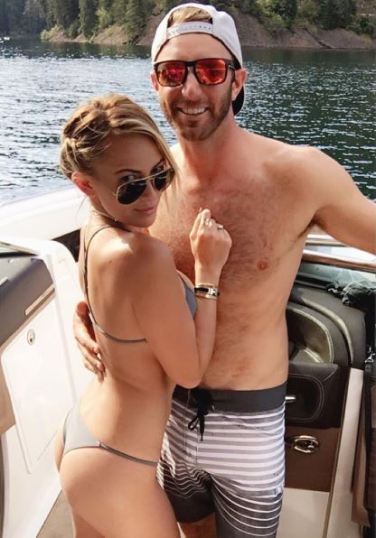 He continually talks to himself, shouts, and wines throughout his round and I can understand why, he has been absolutely terrible off the tee and that has gotten too his putting game. Since the Augusta debacle he doesn’t seem to be the same person. Still, he has 10 top 10s with two overall wins this year. I wish that was my down year. He loves the Ryder Cup and his emotions will actually help him this week. Pair him up with an easy going straight hitter off the tee, and chalk up points for dayzzzzzz.

Born again Christian baller. I went to 12 years of Catholic school so I know a thing or two about when to stand up and sit down at church. He went to Augusta State which means he got to play Augusta as part of his school. Damn is that awesome. He hits it far and loves that baby draw. Pairing him with a consistent/miraculous short game player would be perfect. Wow what a perfect segway… 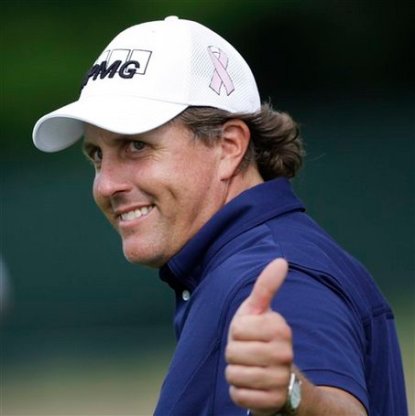 Leftyyyyyy. If there were a bunch of death eaters heading my way, Phil Mickelson would be my patronus. Not only is he a stud golfer, he supposedly had a great curveball in high school. Me and him are basically the same. He also is majority franchise holder of Five Guys and Waffle House. Absolute genius. He hasn’t won this year but is always in the hunt and is a huge fan favorite, which actually means something in the Ryder Cup format. His putting is streaky but we know he can hit it close from anywhere around the green, playing perfectly into Reed’s weakness. Phil has also gone toe to toe with Stenson at the Open so who wouldn’t want to see these guys battle and LOL at the turn when Phil asks for extra chilli on his coney dog. However, him and Rickie Fowler are boys and will probably play together.

Rickie has been active lately. He dumped Alexis Randock for former Bachelor contestant Lauren Barr. I know right?!?! What a dummy. Hop over the Alexis’ Instagram and see why. Either way he likes long legged brunettes. Gross. But I digress, Rickie was a captain’s pick which means he didn’t qualify as a Ryder Cup participant based on his play this year. Davis Love loved him some Fowler/Lauren/Alexis love. Rickie is a huge crowd favorite and atmosphere is essential at the Ryder Cup. Don’t be surprised to see him and Rafael Cabrera-Bello going toe-to-toe on the course and at the local TGI Friday’s trying to pick up the hostess that may or may not be 18….she’s got to be 18….maybe?

Mr consistent who does nothing but get top 10 finishes and said Fuck the Police and wears Sketchers golf shoes. What’s not to like here. He isn’t a very strong match game player, since he is so consistent his game doesn’t have the ‘streaky go low’ aspect to it. However, he is a monsta in fourball as he can be steady and his teammate can grip and rip. The Sketchers aside, Kuchar is yet another American with awesome dad swag and fan favorite.

This is my boy. A rookie to the Ryder Cup, he has played well on tour and his length off the tee rivals DJ or dare I say passes it…He may not get a lot of playing time as the rest of the roster is deep with both talent and experience. It’s great to get this guy into the mix though as he is certainly the future of the US team. Also put him on the bar star team with Rickie and Rafa. Those boys are going to chase it one of the nights and I wish I could be a fly on the wall or just a human following them around live Snapping the entire ordeal.

Tennessee boy that everyone loves but he single-handedly lost us the cup in 2012. He is basically our Sergio

. He doesn’t hit bombs, isn’t too consistent, or have a lot of wins this year. So what the hell is he doing here? He kinda just finds ways to play well every tournament and he could put the entire state of Minnesota on his back if his putting is on. Pair him up with DJ to ease his nerves. DJ will pump his drives and long irons, pat little Brandt on the head, and tell him to just make a putt.

Ho Hum. Three top 12 finishes, four time Ryder Cup vet, British Open champ, Masters champ, and people’s champ since he is known to be short off the tee but meticulous with the wedges. Johnson and Johnson, a family company and sexually arousing pairing. Basically cause Paulina will be there, but also because these two together are basically unstoppable. They aren’t very emotional but playing in the US and without Ian Poulter the European team will be as pumped up as a senior citizen reading Harry Potter and the Chamber of Secrets to the entire retirement home during story-time.

I don’t really know too much about these guys. Jimmy Walker is solid and has been solid for forever. He hits his irons well but is just there, not really evoking the deep emotions inside me. JB Holmes is solid too but not very consistent. He may want to get comfortable next to JAHBOI BROOKS on the bench. Finally Ryan Moore, who I just plain don’t like. He is good at match play, being the second coming of Tiger when he was an amateur. Since then he has been a career disappointment, never living up to expectations. He is short and accurate, which is even more boring. Just put Brooks in coach!