First off, my bad for jinxing the solid winter we were having. I know when to admit that I made a mistake, and I’ll own up to this one. We were doing so well, then all of a sudden, Mother Nature reads my blog and everything goes to shit. Wintery mix this, freezing rain that, get out of here. But this blog isn’t about my mistakes. This blog is about a man. A brave man. A brave man who is battling the elements right now in search of a buzz. That man is David Hartline.

All the poor kid wanted was to tie on a buzz and get the night going. He’s already kicking himself for not getting the AWD version of the 200, and now he’s really feeling that pain. With no way into town to get to the bar, Dave is doing what any red blooded American would do, slamming Keystone Light. I know a lot of you may be like, “oh Keystone Light, what a tragedy.” Well first off, you’re an idiot if you think that, and second, that’s completely unrelated to this story. So congrats for getting worked up about something that has no meaning in life.

At about 7pm I told Dave I couldn’t make it over because I didn’t want to mess with the roads. Figured I’d call it a nice night in with some (a lot of) bourbon, call of duty, and DJ Khaled’s snap story. By 7:03 I had received 2 snap chats from Dave. He was getting lit. I was a proud, proud friend. Not only has Dave taken it upon himself to rip some pops solo, he is laughing in the face of this storm while doing so. 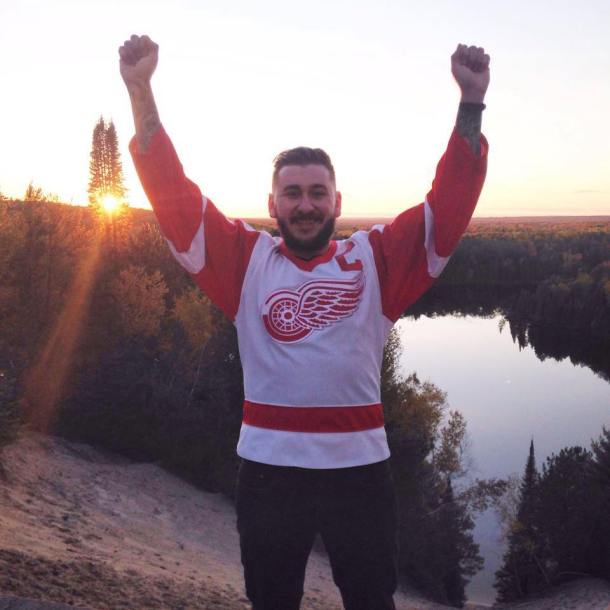 The moral of this story is: there is no fucking moral. If you were looking for some kind of moral here, you are in the wrong place. I suggest deleting this site from your memory bank if you’re coming to us for some kind of life altering advice. LIOOOOOOOOOON ORDER OUT!

PS – Shouts to Decker for driving his ass to Dave’s in this shit storm to film content. BLOG LIFE DOESN’T SLEEP!!!